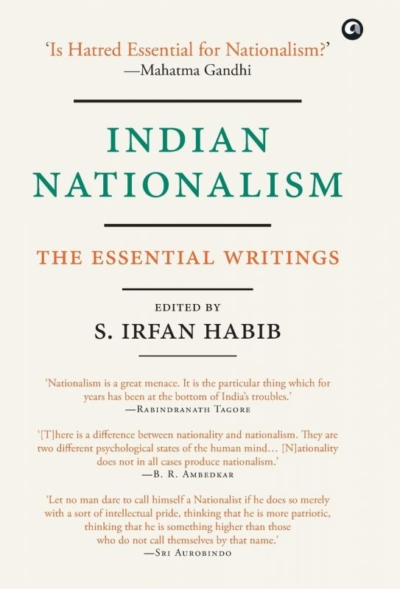 This anthology traces the development of Indian nationalism, through its various stages, using the views of India’s most important thinkers and leaders.

Who is a good nationalist? Do you become anti-national if you criticize the government? These are questions that overwhelm most debates today, but these discussions are not new. And while the loudest voices would have us believe that Indian nationalism is (and has always been) a narrow, parochial, xenophobic one, our finest political leaders, thinkers, scientists and writers have been debating the concept since the early nineteenth century and come to a different conclusion.

Nationalism as we understand it today first came into being more than a hundred years ago. Studied by historians, political scientists and sociologists for its role in world history, it remains one of the strongest driving forces in politics and also the most malleable one. A double-edged sword, it can be a binding force or a deeply divisive instrument used to cause strife around political, cultural, linguistic or, more importantly, religious identities.

In this anthology, historian S. Irfan Habib traces the growth and development of nationalism in India from the late nineteenth century through its various stages: liberal, religion-centric, revolutionary, cosmopolitan, syncretic, eclectic, right liberal…The views of our most important thinkers and leaders—Mahatma Gandhi, Jawaharlal Nehru, C. Rajajgopalachari, Bhagat Singh, Bal Gangadhar Tilak, Sarojini Naidu, B. R. Ambedkar, Rabindranath Tagore, M. N. Roy, Maulana Azad, Jayaprakash Narayan and others—remind us what nationalism should mean and the kind of inclusive, free and humanistic nation that we should continue to build.

Syed Irfan Habib (born 1953) is an Indian historian of science and a “public intellectual”. He held the Abul Kalam Azad Chair at the National University for Educational Planning and Administration (NUEPA), New Delhi during 2009-2016. Before joining NUEPA, he was a scientist at the National Institute of Science, Technology and Development Studies (NISTADS), New Delhi.

Some of his other works include Inqulab: Bhagat Singh on Religion and Revolution (2018, Yoda Press, Sage and Select), Jihad or Ijtihad? Religious Orthodoxy and Modern Science in Contemporary Islam (2012, HarperCollins in collaboration with The India Today Group).