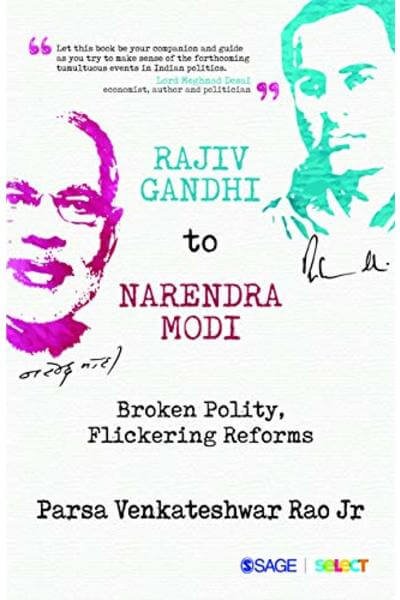 This book captures the immediacy of history-in-the-making, and the palest platitudes of politicians that acquire rare poignancy.

For the first time, the political story of India from the mid-1980s to the second decade of the present century is reconstructed through the first-person narratives of political leaders, revealing their inmost thoughts in their public utterances, offering weak arguments for their unforgivable lapses, speaking in eloquent terms of their achievements and sometimes showing uncharacteristic humility in what they said in their public speeches, in the Lok Sabha, in their blogs.

From Rajiv Gandhi’s confession about how and why he came into politics, Narendra Modi’s graphic description of his inner agony during the Gujarat riots, Vajpayee’s disarming confession about Nehru, Narasimha Rao’s stoic stance in a letter to his childhood friend, Advani’s confessions in the Lok Sabha about why television was pressed into service during the Kargil War, what emerges is a historical drama of Shakespearean range and an intensity which is more than what brilliant historians and acute political analysts can hope to achieve. The book shows that the first draft of history is found in the words of politicians in parliament and in the government. It captures the immediacy of history-in-the-making, and the palest platitudes of politicians that acquire rare poignancy.

The author is a Hyderabad-born journalist who is currently based in New Delhi.

He has worked with The Indian Express, India Today, The Gulf Today (Sharjah), The Straits Times (Singapore), tehelka.com and DNA (Daily News and Analysis). He has written for Gulf News (Dubai), The Daily Star (Beirut), Today (Singapore), Deccan Herald (Bengaluru), the New Indian Express, The Asian Age, Deccan Chronicle and The Times of India. His earlier books include Mullah Omar and Robespierre: Essays in the Politics of Ideas (2005) and Lokpal: Facts & Arguments (2011).