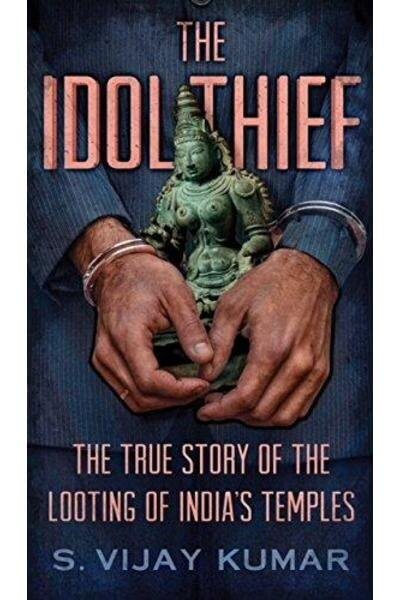 This is the unbelievable true story of how Kapoor was caught, told by one of the men who had for years been chasing Kapoor and is still tracking idols that have passed through his hands. From complicit police officers to corrupt museum officials to jilted girlfriends and from two-faced academics to shady temple looters and smugglers – this book has it all. Prepare to be shocked at the 21st-century pillaging of India’s temples by a glittering cast of suave criminals.

Subhash Kapoor was a New York-based antique dealer whose pieces can be seen in every major museum of the world. In October 2011 when he presented his passport at immigration in Germany, Kapoor was unceremoniously whisked away into Interpol custody. India had weeks earlier issued a red-corner notice for his arrest after connecting him to audacious idol thefts in two Tamil Nadu temples.

And when the US authorities subsequently raided Kapoor’s warehouses in New York more skeletons came tumbling out of his closet. They recovered no less than $100 million worth of stolen Indian art! This was just Kapoor’s inventory – he had been in business for close to four decades and the true scale of his loot is incalculable. The US declared Kapoor one of the most prolific commodities smugglers in the world.

This is the unbelievable true story of how Kapoor was caught, told by one of the men who had for years been chasing Kapoor and is still tracking idols that have passed through his hands. From complicit police officers to corrupt museum officials to jilted girlfriends and from two-faced academics to shady temple looters and smugglers – this book has it all. Prepare to be shocked at the 21st-century pillaging of India’s temples by a glittering cast of suave criminals.

S. Vijay Kumar is a Singapore-based finance and shipping expert who is general manager of a leading ocean transportation company. In 2007–08 he started a blog on Indian art. In 2010 Vijay got involved with both Indian and United States law enforcement agencies that were investigating cases of idol theft and smuggling. This book is based on his association with these agencies. Vijay has played a role in the arrests of several idol thieves and smugglers. He has also successfully matched several stolen idols with pieces that have been acquired by museums, thereby ensuring their repatriation to India. This is Vijay’s first book.