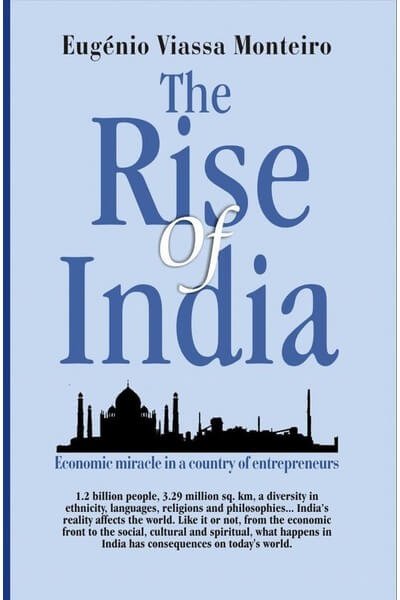 The Rise of India

A Goan scholar based in Portugal takes a close look at India and comes up with optimistic predictions of the situation here. For him, it is far from the stereotyped land of abject poverty, snake charmers, holy cows or half-clad sadhus lost in meditation.

A Goan scholar based in Portugal takes a close look at India and comes up with optimistic predictions of the situation here. For him, it is far from the stereotyped land of abject poverty, snake charmers, holy cows or half-clad sadhus lost in meditation. He sees India as a “land of learning, of knowledge applied to life…” He sees the intellectual capacity and performance of the Indian people as producing quick results. Monteiro unravels what he calls the “economic miracle in a country of entrepreneurs”. Particularly interesting are his studies on Indian telecom, the Tata and Bharti sector, AMUL and the Gujarat Milk Co-operative, private university education in the shape of Manipal University, healthcare in India offered through the private hospitals network. He finds it worth taking a close look at Dr Devi Shetty and the “revolution in healthcare” as also the amazing Aravind Eye Hospital experiment in taking top class eye care to the poor of rural India at very affordable rates.

Monteiro, is a Goan, born in Nagoá (Salcete), where he did his primary and secondary studies. Later he did his Graduation in Electrotechnical Engineering at the Instituto Superior Técnico, University of Lisbon. He has a PhD from the University of Navarra (Spain) and did a ‘Senior Managers in Government’ post graduation at the Kennedy School of Government, Harvard University. He worked in Portugal, Angola and Mozambique. He is the main Co-founder of the leading Portuguese business school AESE in Lisbon, Oporto and Luanda (Angola). He is the author of several articles published by leading newspapers from Lisbon: Público, Expresso, Diário Económico, Jornal de Negócios, among others, and magazines. He is the co-author of many study cases, particularly in the field of Social Entrepreneurship, including on Grameen Bank, the Aravind Eye Care System, Dr Devi Shetty and the Healthcare Revolution in India, the Jaipur Foot, A Santa Casa da Misericórdia de Lisboa, Infosys, and Banco Alimentar contra a Fome (food bank). The Rise of India was originally written in Portuguese and translated into Spanish, and was published in an edition of 5,500 copies.