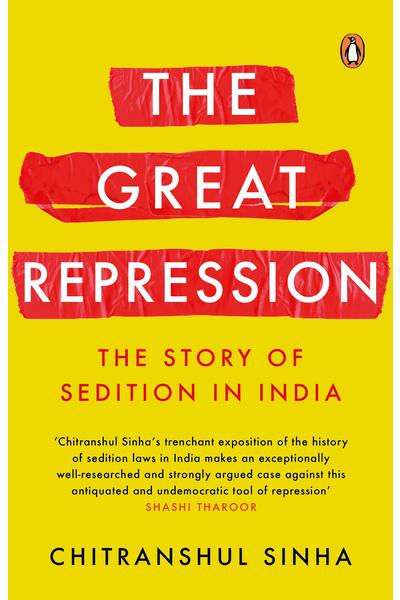 The Great Repression: The Story of Sedition in India

When India became independent in 1947, the Constituent Assembly expressed strong reservations against sedition. Yet Section 124A survived. This book explores its origin, evolution and place in India.

The Indian Penal Code was formulated in 1860, three years after the first Indian revolt for independence. It was the country’s first-ever codification of offences and penalties. But it was only in 1870 that Section 124A was slipped into Chapter VI (‘Of Offences against the State’), defining the offence of ‘Sedition’ in a statute for the first time in the history of common law.

When India became independent in 1947, the Constituent Assembly expressed strong reservations against sedition as a restriction on free speech as it had been used as a weapon against freedom fighters, many of whom were a part of the Assembly. Nehru vocally opposed it. And yet, not only has Section 124A survived, it has been widely used against popular movements and individuals speaking up against the establishment.

Where did this law come from? How did it evolve? And what place does it have in a mature democracy? Concise, incisive and thoughtful, The Great Repression by Chitranshul Sinha, an advocate on record of the Supreme Court of India, tells the story of this outdated colonial-era law.

The author is an advocate on record of the Supreme Court of India and a partner in Dua Associates, Advocates and Solicitors, who primarily practises in the courts of New Delhi. He grew up in Ranchi and studied law at Symbiosis Law School, Pune. He occasionally writes articles for leading publications on topics related to law. He is a dog person and a sports fan.