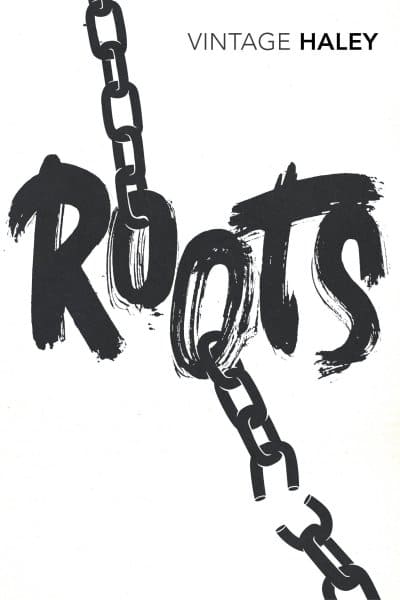 Roots is the outcome of the author’s twelve year search into his family origins. It is a powerful memoir, a history of slavery and a landmark in African-American literature.

Tracing his ancestry through six generations of architects, lawyers, blacksmiths, farmers, freedmen and slaves, Alex Haley’s research took him back to Africa and a sixteen-year-old youth named Kunta Kinte. Torn from his homeland and brought to the slave markets of the New World, re-imagining Kunta’s journey would allow Haley to explore his family’s deep and distant past.

Orijit Sen is a graphic artist, muralist, cartoonist and designer. He is the author of River of Stories, a fictionalised account of the powerful environmental movements led by the people of the Narmada valley in central India in the 1980s and 90s. He is also co-founder of the Pao Collective of graphic artists. From creating comics to editing anthologies, from teaching to writing, he has been an active and influential figure in the comics scene in India. Comixense is his newest engagement with the medium.

Aniruddha “Annie” Sen Gupta has worked for over three decades as a journalist, writer, editor and designer. He has had books published by Scholastic and Sage Publications, as well as a number of short works of fiction and non-fiction in anthologies from Penguin, HarperCollins, and other prominent as well as less well-known publishers. His journalistic writing has appeared in magazines such as Down to Earth, Himal, Outlook Traveller, Indian Quarterly, etc.

Francesca Cotta is a Goan writer, editor and qualitative researcher who has worked at the intersection of sustainability, travel, environmental and social justice, alternative education and anthropology for the last five years. Her long standing belief in the timeless power of imaginative storytelling is what led her to join Comixense as an associate editor.

This book will be shipped in 2-4 days. The time taken for you to receive the book after it is shipped will depend upon the mode you choose, while completing your purchase. The rates applicable for each mode are different.