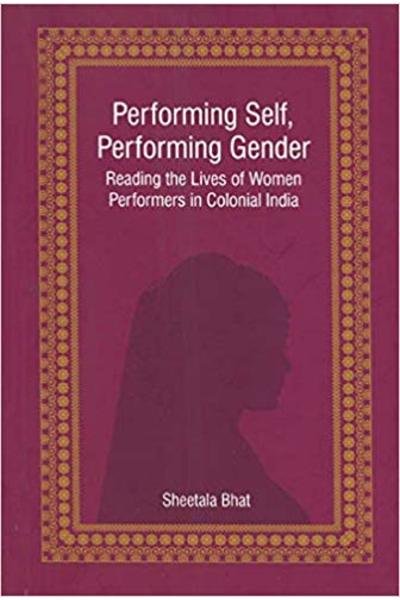 This book explores the shifting identity of the female performer in India, starting from the late 19th century to the early years of independence, through the study of autobiographies and memoirs.

This book explores the shifting identity of the female performer in India, starting from the late 19th century to the early years of independence, through the study of autobiographies and memoirs. It attempts to make visible the actress figure by entering the history of performance, guided by the voice of the female performer. The discussion on performing woman in this book spans across the performing traditions of the tawaif, actresses in public theatre, early Indian film actresses, and actresses in the Indian People’s Theatre and the Prithvi Theatre.

Sulochana, a Eurasian actress, had become a “craze” in India, around the year 1925 to 1940, marking the time when European actresses were ruling the stage and the screen. On receiving the Dadasaheb Phalke award in 1976, four decades after her career ended, these were the only words that Sulochana was reported to have said about her acting career: “I remember nothing: I cannot, I should not.

Sheetala Bhat is an actress and a writer from Sirsi, a small town in the Western Ghats of Karnataka. She holds an MA in English Literature from Manipal Centre for Philosophy and Humanities, Manipal University, Manipal. She worked with Chintana repertory, exploring the possibilities of theatre In education in government schools in Karnataka. She writes short stories and poetry in Kannada. Being a reclusive reader and an enthusiastic actress, she often finds herself rummaging and weaving in between the fields of theatre and Indian literature, with an emphasis on the gender concerns in these areas. Performing Self, Performing Gender: Reading the Lives of Women Performers in Colonial India is her first book.