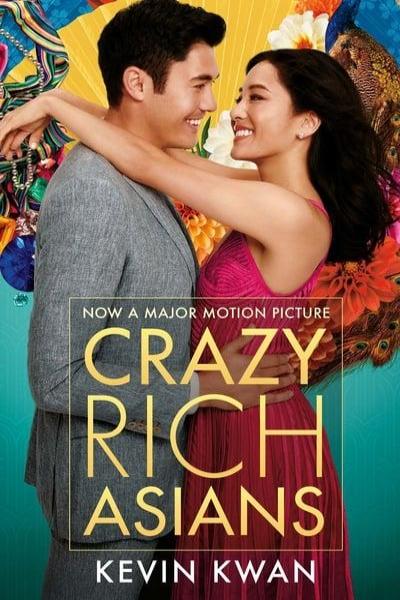 This is an outrageously funny novel about three super-rich Chinese families and the gossip, backbiting, and scheming that occurs when the heir to one of the most massive fortunes in Asia brings home his American-born Chinese girlfriend to the wedding of the season.

When Rachel Chu agrees to spend the summer in Singapore with her boyfriend, Nicholas Young, she envisions a humble family home and quality time with the man she hopes to marry. But Nick has failed to give his girlfriend a few key details. One, that his childhood home looks like a palace; two, that he grew up riding in more private planes than cars; and three, that he just happens to be the country’s most eligible bachelor. On Nick’s arm, Rachel may as well have a target on her back the second she steps off the plane, and soon, her relaxed vacation turns into an obstacle course of old money, new money, nosy relatives, and scheming social climbers.

Kevin Kwan is the author of Crazy Rich Asians, the international bestselling novel that has been translated into more than 30 languages. Its sequel, China Rich Girlfriend, was released in 2015, and Rich People Problems, the final book in the trilogy, followed in 2017. For several weeks in 2018, the Crazy Rich Asians trilogy commanded the top three positions of the New York Times bestseller list – an almost unprecedented single-author trifecta, and the film adaptation of Crazy Rich Asians became Hollywood’s highest grossing romantic comedy in over a decade. In 2018, Kevin was named by Time Magazine as one of the 100 Most Influential People in the World.