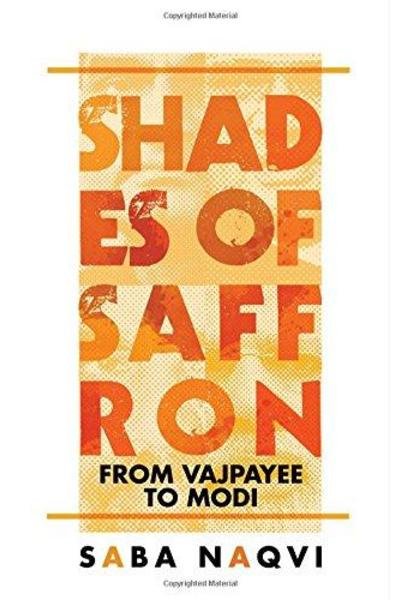 Shades of Saffron: From Vajpayee to Modi

Shades of Saffron: From Vajpayee to Modi is both a first person account of racy events as they unfolded in the nations history, and a work that raises larger analytical points about the growth of BJP.

This book is both a first person account of racy events as they unfolded in the nations history, and a work that raises larger analytical points about the growth of BJP. It examines the role of the RSS cadre and its equations with elected leaders, the calibration of ideology, the issue of political finance, the social expansion of the party, as also the cults of personality that would emerge around, first, Atal Bihari Vajpayee and then, more forcefully, around Narendra Modi. The book is a riveting account of the journey when allies hesitated over associating with the BJP, to its presumed invincibility today.

Author, Journalist and Commentator, Saba Naqvi is one of India’s best known political analysts. She has published three books. In Good Faith, published in 2012, chronicles a two year long journey across India in search of syncretistic traditions and pluralist communities. It is the book closest to her heart. Capital Conquest, 2015, is about the emergence of AAP, the so called citizen’s party that now rules Delhi. Her third book, Shades of Saffron: from Vajpayee to Modi, released in June 2018, chronicles the journey of the BJP that Saba covered for two decades. It’s a firsthand account with the author as the primary source of news and information and has profiles of all the leading figures in the BJP’s ascent to power. Saba’s next book, on Coalitions in India, is due in February 2019.

The former political editor of Outlook magazine (under the legendary editor Vinod Mehta), Saba writes columns in leading national dailies and websites. She is also an election analyst on television and a known political commentator.

Saba has been a Reuters fellow at Oxford University, a Jefferson Fellow at the East West Centre at Hawaii, has been selected for the Asia Leadership Fellow Award given by the Japan Foundation at Tokyo and the US State Department’s fellowship for leading professionals from across the world.