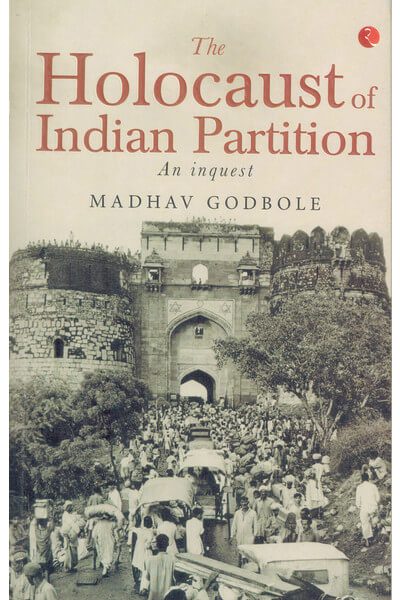 The Holocaust of Indian Partition: An Inquest

From the author who has written more than a dozen books in English and Marathi. This book, based on extensive and in-depth research, sheds new light on what Jawaharlal Nehru described as a man-made Greek tragedy.

The effects of the partition of India linger on to this day, more than half-a-century after its occurrence. The two nation theory created a divide between Muslims and non-Muslims which has been difficult to overcome. More important, however, was the tremendous loss of lives approximately one million and the uprooting of nearly eighteen million people in 1947. The Holocaust of Indian Partition, based on extensive and in-depth research, sheds new light on what Jawaharlal Nehru described as a man-made Greek tragedy.

Madhav Godbole (b.1936) has an M.A. in development economics (Williams College, Massuchusettes, USA) and an M.A. and Ph.D. in economics (University of Bombay). He joined the Indian Administrative Service in 1959 and resigned as Union Home Secretary. He has been Secretary, Urban Development and Secretary, Petroleum and Natural Gas, Principal Finance Secretary and Chairman of the Maharashtra State Electricity Board.

He has written eleven books in English and Marathi. He has co-authored the working paper, A Quest for Good Governance based on his public interest litigation in the Supreme Court. He also writes on current issues in newspapers and reputed journals.

After retirement, he worked as chairman of several committees: state level economic reforms (Government of Jammu and Kashmir), co-operative sugar factories, Enron power project and power sector reforms, amongst others.