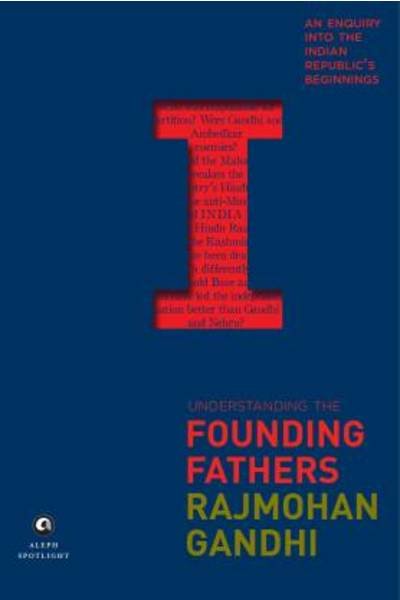 Understanding the Founding Fathers: An Enquiry into the Indian Republic’s Beginnings

Understanding the Founding Fathers will help us know ourselves and our nation, and how we came to be this way.

Nearly seventy years ago, the founding fathers of the Indian republic Mahatma Gandhi, Jawaharlal Nehru, B. R. Ambedkar, Subhas Chandra Bose and Vallabhbhai Patel steered the new nation in a direction that ensured it wasn’t destroyed by sectarianism, casteism and authoritarianism. Because their wisdom found widespread acceptance, every time it seemed that the country would succumb to religious hatred, fissiparous tendencies or caste violence, disaster was averted as its leaders and its people stayed more or less true to the values on which the republic was founded.

In recent times, however, attempts have been made to discredit these great Indians and devalue their contribution to the modern Indian state. In this thought-provoking book, award-winning biographer and historian Rajmohan Gandhi sets the record straight on the founding fathers as well as their great opponent, Muhammad Ali Jinnah. Along the way, he answers questions of perennial interest Who was really responsible for Partition? Were Gandhi and Ambedkar enemies? Did the Mahatma weaken the country s Hindus? Was he anti-Muslim? Should India have been a Hindu Rashtra? Could the Kashmir issue have been dealt with differently? Would Bose and Patel have led the independent nation better than Gandhi and Nehru? Erudite, forthright and brilliantly argued, Understanding the Founding Fathers will help us know ourselves and our nation, and how we came to be this way.

Rajmohan Gandhi s last two books are Prince of Gujarat: The Extraordinary Story of Prince Gopaldas Desai, 1887-1951 and Punjab: A History from Aurangzeb to Mountbatten. Until end-December 2012 he taught political science and history at the University of Illinois. Since then he has had spells as a scholar-in-residence at IIT, Gandhinagar. Dividing his time between India and the United States, Rajmohan Gandhi has also made several visits to Pakistan.