This book is a compilation by A.G. Noorani, in two volumes, of primary source material on various aspects of the Ramjanmabhumi-Babri Masjid dispute. 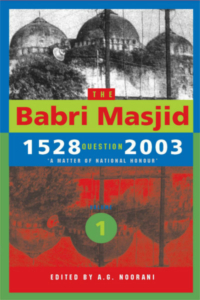 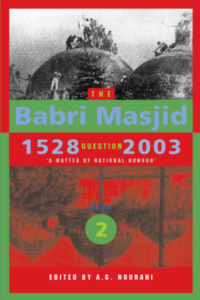 The Babri Masjid Question, 1528-2003: ‘A Matter of National Honour’ is a compilation by A.G. Noorani, in two volumes, of primary source material on various aspects of the Ramjanmabhumi-Babri Masjid dispute. The documents, chronologically arranged under thematic chapter heads and covering historical, archaeological, legal and political ground, clearly reveal why and how an issue that had been settled in the nineteenth century was revived in the twentieth century, and exploited for sordid political ends. They bear evidence to the fact that the demolition of the Babri Masjid on 6 December 1992 was a criminal deed that redefined the politics of India. They show how the movement that led up to the demolition and its continuing efforts to justify the building of a Rama temple at the very site of the mosque are driven by the politics of power and religious fundamentalism. For the Sangh Parivar, raising the Ayodhya issue has a wider aim than that of building a temple at Ramjanmasthan. That aim is the establishment of a Hindu rashtra. What is at stake, therefore, is the survival of secularism, democracy and rule of law in this country. It is a battle for India’s soul.