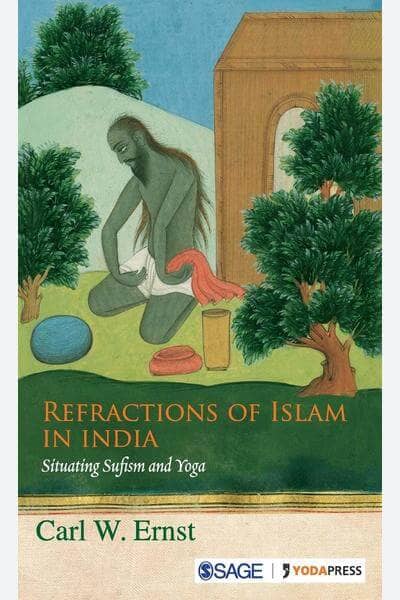 Refractions of Islam in India: Situating Sufism and Yoga

Refractions of Islam in India is a collection of essays which explore Sufism as it developed in the Indian subcontinent.

The essays explore Sufism as it developed in the Indian subcontinent, including translations of previously unavailable texts and revealing unexpected insights into the lives, practices and teachings of Indian Muslims over nearly a thousand years. They also trace remarkable moments in the history of Muslim engagement with Indian religious and cultural practices. This includes not only Muslim participation in Indian art and literature, but also the extraordinary role that Sufis have played in the practice of yoga. Employing new approaches to religious studies that avoid essentialism and ideological concepts of religion and shorn of unnecessary jargon, these compelling essays will be easily accessible to a larger audience.

The author is the William R. Kenan, Jr. , Distinguished Professor of Islamic studies at the Department of Religious Studies (2005–) and Co-director of the Carolina Center for the Study of the Middle East and Muslim Civilizations at the University of North Carolina at Chapel Hill, USA. He is a specialist in Islamic studies, with a focus on West and South Asia. His published research, based on the study of Arabic, Persian and Urdu, has been mainly devoted to the study of three areas: general and critical issues of Islamic studies, pre-modern and contemporary Sufism and Indo-Muslim culture. Professor Ernst has received research fellowships from the Fulbright program, the National Endowment for the Humanities and the John Simon Guggenheim Foundation and he has been elected a Fellow of the American Academy of Arts and Sciences. His publications, which have received several international awards, include Rethinking Islamic Studies: From Orientalism to Cosmopolitanism (co-edited with Richard Martin, 2010); Following Muhammad: Rethinking Islam in the Contemporary World (2003) and Teachings of Sufism (1999). Carl Ernst and Bruce Lawrence are co-editors of the Islamic Civilization and Muslim Networks Series at the University of North Carolina Press.