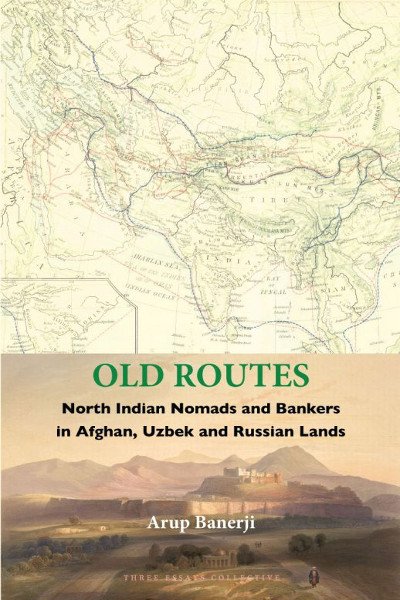 This book is a study of commercial relations between north India, the Uzbek Khanate of Bukhara and Russia between the seventeenth and nineteenth centuries.

Studies of India’s foreign trade have tended to overlook commercial flows passing through the north-western frontier, destined for Afghanistan, Central Asia and Russia. This volume attempts to redress this imbalance.192

It does this by initially identifying the geographical and political factors that complicated the trade as well as afforded merely tentative estimates of its volumes. In the chapters that follow, the economic power of Sindhi bankers from Shikarpur over most of south Central Asia is explained and the reliance upon nomad Afghan horse traders to transport textiles, spices, bullion, gems and drugs over the Himalayas detailed. The existence of a substantial body of British military intelligence is used to buttress the commercial fortunes of the principal trade marts of Multan and Shikarpur in the nineteenth century. Finally, the book seeks to provide a historical context to established scholarship on Indo-Russian trade in the twentieth century by probing into its origins from the seventeenth century.

Arup Banerji teaches Tsarist Russian and Soviet history at the Department of History, Delhi University. He has published short studies on the recent politics and economy of the Russian Federation and on the Silk Routes. His investigation of an aspect of the early Soviet Union appeared in 1996 as Merchants and Markets in Revolutionary Russia: 1917-30 and his exploration of the structures.