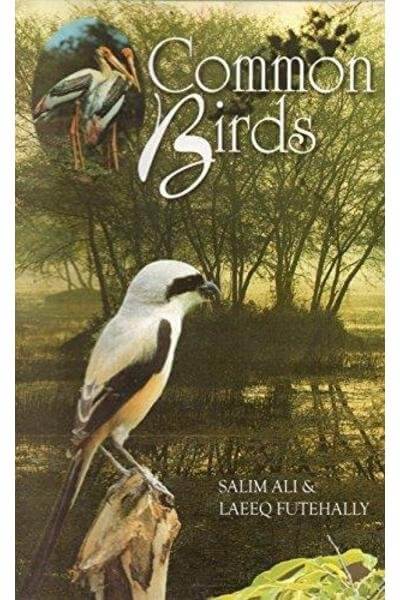 Based on study of Indian bird life extending over the four decades, this book coveys all that one would like to know about birds.

Based on study of Indian bird life extending over the four decedes, this book coveys all that one would like to know about birds.

Ornithology or the study of birds is one of the few natural history subjects which has a growing following in this country. It would not be wrong to say that this interest has been mainly due to the books written by Dr. Salim Ali (1896-1987) who possessed the rare ability, among scientists, to communicate his interest to the layman. Based on a study of Indian bird life extending over four decades, Dr. Salim Ali’s books and research papers made him an internationally recognized authority on Indian Birds, a recognition which was amply confirmed by the honours bestowed on him by learned bodies in India and abroad and by the Government of India.

Sálim Moizuddin Abdul Ali (12 November 1896 – 20 June 1987) was an Indian ornithologist and naturalist. Sometimes referred to as the “Birdman of India”, Salim Ali was the first Indian to conduct systematic bird surveys across India and wrote several bird books that popularized ornithology in India. He became a key figure behind the Bombay Natural History Society after 1947 and used his personal influence to garner government support for the organisation, create the Bharatpur bird sanctuary (Keoladeo National Park) and prevent the destruction of what is now the Silent Valley National Park. Along with Sidney Dillon Ripley he wrote the landmark ten volume Handbook of the Birds of India and Pakistan, a second edition of which was completed after his death. He was awarded the Padma Bhushan in 1958 and the Padma Vibhushan in 1976, India’s third and second highest civilian honours respectively. Several species of birds, a couple of bird sanctuaries and institutions have been named after him.

Laeeq Futehally was a writer, editor and producer of the literary section of the Quest magazine for many years. She also authored several books, including About Indian Birds, Gardens, Our Environment and Indian Birds.Laeeq and her husband, renowned naturalist Zafar Futehally, were among the group of parents who founded the Bombay International School.